The event, which has taken place annually since 2013, brought together cancer researchers from China and the UK to present and discuss latest developments in cancer research whilst cementing the valued relationship between the partners.

CUKC took place on the final day of the 12th International Gastric Cancer Congress (12th IGCC) which was held in Beijing from 20th – 23rd April 2017. The Congress, organised by the IGCA and hosted by the Chinese Gastric Cancer Association, saw more than 2000 speakers presenting latest developments in their field. The theme of the 2017 IGCC was “Bridging Gaps to improve the management of Gastric Cancer”. Attendees from across the UK, China and beyond benefitted from the opportunity to listen to elite speakers and network with distinguished representatives including world-leading researchers, clinicians, academics, scientists and students. 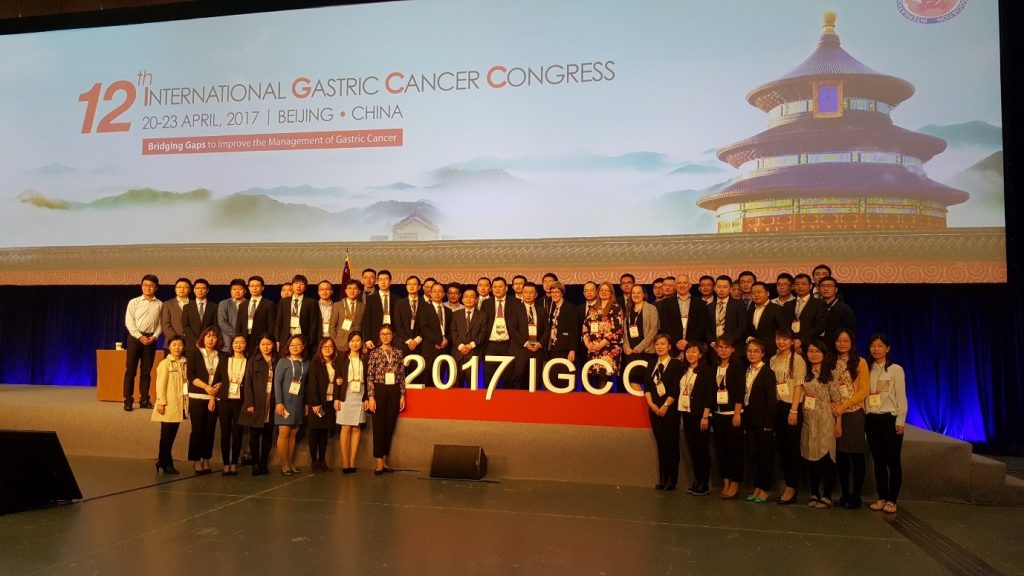 Dr Tracey Martin who attended and presented at both conferences said, “The IGCC was an outstanding example of collaborations between clinicians and scientists aiming to drive the diagnosis, treatment and management of gastric cancer forward. The CUKC Conference was an informative and enjoyable exchange of ideas between researchers and clinicians from the UK and China. I was honoured to once again be able to present at both conferences and to participate in such a successful endeavour.”

Funding for members of CCMRC to attend these international conferences was kindly provided from Cardiff University from the WM Thomas, the ME Williams and T. Owen bursaries. CCMRC would also like to thank Life Sciences Network Wales and Cancer research Wales for providing additional funds for students to travel.