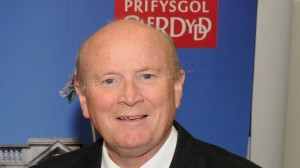 Professor Jones plays a key role in setting the strategy and direction of the College and in promoting the development of learning, teaching and research excellence. As Pro Vice-Chancellor, Professor Jones is also a member of the University Executive Board. Formerly Head of the School of Psychology, he played a leading role in establishing the School as one of the largest and best in the UK. This included establishing Cardiff University Brain Imaging Centre (CUBRIC) and drawing funds for Wales Autism Research Centre (WARC). A graduate of UWIST, Professor Jones did his research training with Donald Broadbent FRS at the University of Oxford. Early in his career he qualified as an occupational psychologist, and from a University base he engaged in research with a range of public and private organisations. Research areas were as diverse as aviation and nuclear safety, postal services, advertising and industrial design.  Recently, he has focused his interests in human experimental psychology researching on topics related to short-term memory and attention. Much of his work on attention relates to the distraction caused by sound. He has an active research group who are currently drawing funds from projects with the Economic and Social Research council and with the Swedish Government.  He is author of over 200 journal publications, including six edited books. He has supervised some 40 PhD students.