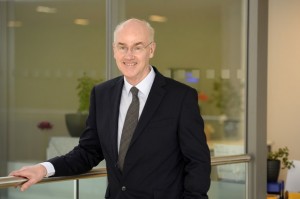 After training at the universities of St Andrews and Manchester John worked briefly in Bangor as a PRHO in General Medicine. He was a general practitioner in Chester for 11 years before joining the University of Liverpool as, firstly, a senior lecturer then professor of medical education and head of the department of health care education.  He was one of the foundation professorial staff of the Peninsula Medical School in the far South West of England for 10 years before joining Cardiff University as Dean of Medical Education in 2010. Professor Bligh was appointed Dean of Medicine and Head of the School of Medicine at Cardiff in January 2014.

John was Editor in Chief of the journal Medical Education (1997-2005) and the inaugural President of the Academy of Medical Educators (2008-2010). He gave the William Pickles Lecture at the Royal College of General Practitioners in May 2012. He has published over 100 papers in leading international journals and is co-author of ‘Medical Education for the Future: Identity, Power and Location’ published in 2010 by Springer